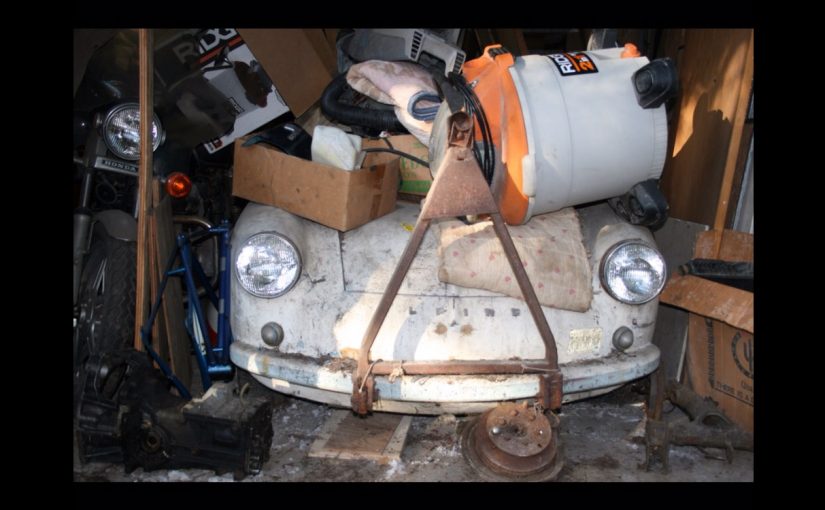 Story about the transport and restoration of a Renault Alpine a106.

in November 2014 while attending a Boeing 787 training course in Renton i came in contact with Martin who happened to have an Alpine 106 in his garage.  A real barnfind!

This was north of Seattle in the town of Shoreline.

Martin never wanted to sell the 106.

After visiting Martin for about three times in a timespan of two years he was willing to sell the car to me.

Now the car has been picked up and trucked to Oakland from where it will be shipped in a container to Rotterdam the Netherlands.

Once it is in my workshop the restoration can begin.

Here some photo’s taken in Richmond  California before it was loaded into a sea container.

After the car arrived in Rotterdam harbour it was cleared by customs. From here the container was loaded onto a smaller ship and via the river Rijn and Twente Channel it arrived in Enschede were the car was unloaded from the sea container.

From Enschede i could pick-up the A106 with a trailer and bring it to it’s new home where it will be restored in the next few years.

While removing the passenger seat, as a result the original Washington license plate was found.

A new front embleem and the missing “A” was purchased from  http://www.renparts.com  in the south of the Netherlands.

Upholstery was done by a specialist.

The seats were done by de Fa. Weel in Alkmaar and they did a great job!

The firewall has been covered with a dampingmaterial.

Upholstery was done by a specialist.

Interior being made by Fa. Weel in Alkmaar.

Now the doors can be installed as wel as the alu raingutter and the rearside windows. we are getting there slowly.